Ann Walker was a close neighbour of Anne Lister, but they didn’t socialize before 1832. They knew of each others existence, but still moved in different circles. Lister and Walker got together in September 1832. Ann was 29 and Lister 41 years old. To old-fashioned and Conservative Tory Lister the Walker family were upcomers with no prestigious heraldic family history like her own. However, the Walkers were pretty successful manufactures and Ann Walker had inherited the family property together with her older sister Elizabeth (1801-1844) in 1830 when the last male heir – a brother died. Compared to the landowning Anne Lister, young miss Walker was indeed a rich girl.

According to a memorial plate in Old St. Matthew’s Church, Ann Walker was born the 20th of May in 1803. She was the youngest daughter of merchant John Walker (1754-1823) and his wife Mary, née Edwards (1763-1823) from Pye Nest. They lived at Crow nest, Lightcliffe.  Not all their children would survive to become adults. There was also a son in the marriage, John Walker who died 26 years old in 1830.

The father was indeed successful with his buisness and the family became one of the most important within that area. The Walker family owned the Crow Nest Mansion and the Cliffe Hill Mansion. The Latin motto of the Walker family was Iustum perficito nihil timeto meaning ‘do what is right and fear nothing’.

Today the “Lightcliffe and District Local History Society” provides much information about the Walker & Sutherland’s family history and estates. Little is known about Ann Walker’s early years and education. In her teens Ann’s mental problems begun to surface and she suffered all her life from depressions. As an adult she’s described as being very shy and withdrawn. Lister often makes notes in code about Ann’s health. She would spend many days in apathy, resting on the sofa, doing nothing. Ann hade also problems with her back. Her depressions also included symptoms of religious mania and perhaps even anorexia. Lister contacted (by mail) Ann Walker’s sister Elizabeth and her husband Sutherland in Scotland in 1834 being concerned about Walker’s mental health.

Lister tried to make a daily schedule for Walker at Shibden Hall which included French studies, drawing lessons and walks. She also consulted Mariana Lawton’s brother Dr. Henry Stephen Belcombe (ca. 1790-1856) on Ann’s health and sometimes sent her to his private asylum in York. To the doctors Lister would sometimes remark that Walker was feeling much better when her bowels were right and when out travelling. While on travel Walker would sometimes do some drawings in Lister’s company.

Ann Walker moved to Shibden Hall to live with Lister in 1834. She sometimes went back to Cliff Hill mansion on her pony to visit her old aunt who still lived there. She also took part in church charity as religion was something very important to her. Walker also started a local school.

The Lister scholars has described their union as a not very happy one. Lister often remark on how tired she is of Ann’s behaviour, yet I still find Lister being very patient with Walker’s heavy mood-swings. For sure Lister was the one who had to manage both household work and estate business and complains about Ann’s lack of initiative. She also wrote many times about being hurted by Ann’s harsh language. When I read some of the coded sections of Lister’s travel journal for Russia she’s clearly negative about Ann and Ann’s temper.

We don’t know what Ann Walker herself thought of the relationship because Ann Walker’s entire diary hasn’t survived, but even if their relationship had ups-and-downs she choose to stay with Anne to the end (in 2020 a travel journal by Walker was found for the years 1834-1835). We still don’t know much what Walker thought of Anne Lister, but it’s clear from Anne’s diaries that Walker seemed to take everything Lister said “for Gospel”. Evidently that she did indeed trust and even admire Lister. Walker’s own strong will may show in the fact that she did hesitate rather than dither about including Lister in her will. For Ann Walker’s travel journal 1834-1835 there was no secret code present, but she used the abbreviation Dr t meaning Dearest when she wrote about Lister.

Anne Lister did pressure Walker many times about being included in Walker’s will. Before leaving for their last trip to Russia they seemed to have agreed and during their long stay abroad Walker did connect her accounts to Lister’s. They had lawyers in London to help them with this.  Walker’s decision to bring home the dead Lister from Russia may also reveal a stronger side of her personality. In the newspaper obituary Walker is indeed described as Anne Lister’s friend and companion.

I still haven’t found out why Lister finally agreed to bring Walker on their last trip to Russia. Lister was also a powerful protector of Ann. Little could Ann’s own family members do to end their relation. When left alone Ann’s mental health began to decline and she was finally declared insane and removed by trickery from Shibden Hall. Her Red Room at Shibden Hall was found, according to the visiting policeman in Parker’s memorandum, in an extreme filthy state with papers and bloody napkins over the floor. She also had loaded pistols on the table. The bloody napkins suggests that Ann may have been infected with tuberculosis. Her sister Elizabeth Sutherland had died of the disease in 1844. A description on whatever happened to Ann Walker after the trip to Russia has been given to the public by historian Jill Liddington in the minor research Presenting the Past: Anne Lister of Halifax 1791-1830.  Liddington also quote from Parker’s memorandum concerning Walker’s mental health before she was removed from Shibden Hall and placed in a Asylum in York.

We really don’t know the real circumstances behind the family’s wish to have her declared insane.  I guess the Walkers became eager to have her removed from Shibden maybe wanting her money or fear her mental problems would finally shame the family name in public. She then spent some years in the care of Dr. Belcombe before she was to return for a short time to Shibden Hall. She was later transferred back to her childhood home at Cliff Hill, Lightcliffe where she died on February 25, 1854 at the age of 50 years. During the rest of her life Ann Walker did claim Shibden Hall as her own and she did receive the rents from the estate as promised in Anne Lister’s will. The fact that Anne Lister had left everything to Ann Walker caused much hatred in the Lister’s of Swansea. There was not much good to say about Anne Lister according to them.

When Walker passed away the Lister’s of Swansea finally moved in at Shibden Hall. In her will Ann Walker left all her Lightcliffe estates to her sister Elizabeth’s son on the legal condition that he include his mother’s maiden name (Walker) to his own,  Evan Charles Sutherland (d. 1913). He did so but later dropped the name Walker and sold off the Lightcliffe estates in 1867.

Ann Walker is buried under the pulpit in Old St Matthew’s Church at Lightcliffe. This church is demolished today but its tower remains. For info about the Memorial plaque and photos of Old St Matthew please visit Lightcliffe and District Local History Society (pdf in Sources here).

Ann Walker’s memorial plaque in the tower of the Old St Matthew’s Church at Lightcliffe. It’s not visible to the public and is in a desperate need of restauration. The Walkers donated much money to this church, and Hopefully donations from the public today will help to restore the plaque.

I'm a dedicated fan of all things Regency. I'm the maker of the wordpressblog "Fragments: From the diaries of Anne Lister (1791-1840)". I publish my notes on Lister's 24 vol. diaries and her life. In this blog I focus on the life and times of Anne Lister, diarist and traveller. She lived an amazing life in Halifax, Western Yorkshire and documented many aspects of her life in diaries which are now left for us to read and study. View all posts by ListerBlog

2 thoughts on “Notes on Ann Walker of Lightcliffe” 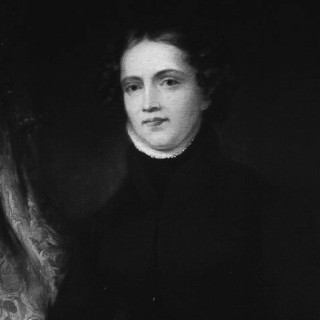